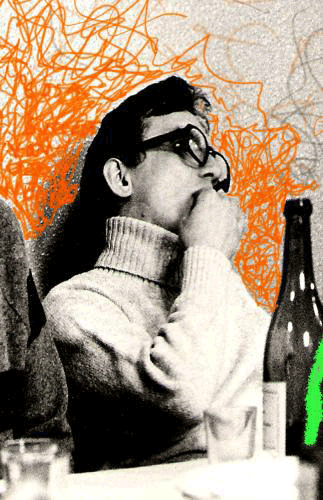 was born in Lugo – province of Ravenna (Italy). He graduated in Architecture in 1979 and is a self-taught painter.

Starting at the beginning of the 80’s, he conducted a period of research on transparency and the use of materials such as cellophane, acetate or crystal which lasted around 10 years. The relationship between marks, space and colour on transparent surfaces is the “aesthetic signature” of this time period. After completing the research on “transparency”, he embarked on a new path on the “face”. In order to reach a personal interpretation of the face, he went through a long period of preparation, which eventually came to fruition only in the mid-90’s with two exhibitions in Bologna in 1997.

He has dedicated the last few years to digital art, particularly to the creation of digital images and videos.

Giuseppe Bazzocchi’s digital graphics, often engraved on transparent plexiglas and lit with LED lights, absorb and reflect the pain of human condition and the ill of life. Ripped bodies, mutilated bodies and broken bodies, dissolved and recombined in tragic and monstrous forms, denounce the dehumanising effects of a world-wide violence that grows exponentially day by day.

The bodies of Giuseppe Bazzocchi , therefore, reveal the vulnerable and torn soul of contemporary man. There is no surreptitious pacification in the artist’s imagination: this can only happen if you can give the things of the world, including man, their proper place – after a profound work of individual and collective regeneration. The body records all earthquakes in the world and it is possible to learn and resurrect from them. (Gaetano Cristino).

Giuseppe is currently engaged in creating videos inspired by important songs of art music. By following the notes, he also reinterprets them spontaneously.

“An image is lit up if it lights up“ 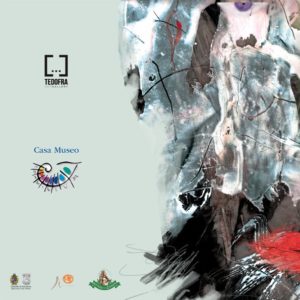